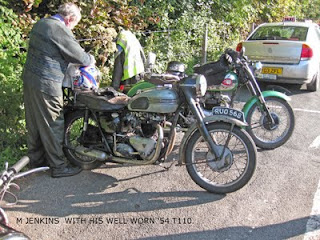 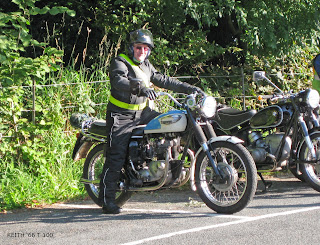 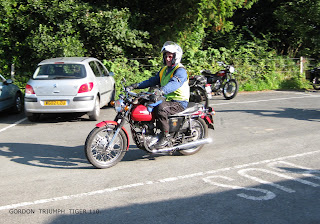 On what turned out to be a hot, sunny day twelve riders signed in for the 9 am start at Okehampton Station. As the Buffet did not open until 9 am the start was delayed for 30 mins so we could have our usual pre-start coffee. This also allowed the three riders from Cornwall to meet up with us. They had been delayed by a broken clutch cable on Roger's BSA at Lifton. After a brief chat the Devon lads set off for Brown Willy on Bodmin Moor, whilst the three from Cornwall made their way to High Willhays on Dartmoor.
A brief stop was made at Brown Willy car park for refreshments and photos before resuming the ride.

From Bodmin Moor to Dunkery Beacon on Exmoor is about 70 miles, so most riders stopped for lunch somewhere on this stretch. John Boyde and I stopped at Landacre Bridge near Exeford for a picnic and by chance met my daughter and her family there. 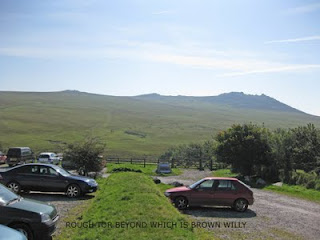 On this occasion the only Tors that was climbed was Dunkery as climbing all three is a task for much younger folk than us!

Everyone on the run who expressed an opinion said they had had a good day and that they were pleased to see the run reintroduced to the Club calendar. 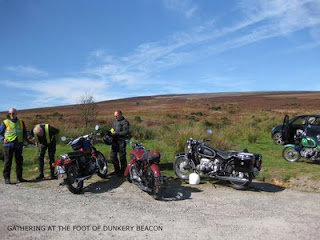 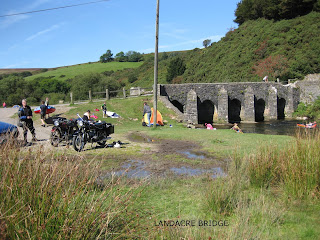 As this is a very long run only a suggested route was issued, with riders free to make their own choices. This worked very well and the field broke onto three separate groups, each going their own way for parts of the ride and meeting up at each of the Tors.


I received word later from the Cornish contingent that they arrived home at 7.45pm after a ride of 215 miles. 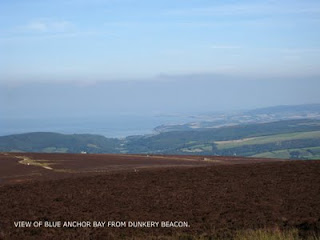 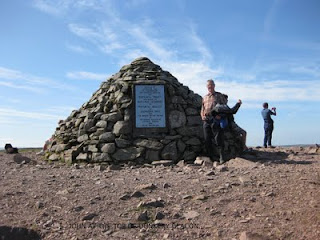 Our thanks goes to Gordon for suggesting such an excellent route.
Posted by Woody at Tuesday, September 15, 2009