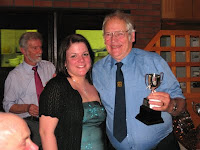 The Dinner was held again this year at The Fingle Glen Golf Club. Forty-five people attended, and most enjoyed the excellent meal. It was just a little unfortunate that the last table had to have beef as the kitchens had run out of turkey.

We are most grateful to Ray's grandaughter Donna for presenting the awards which were awarded as follows:
"Chairmans Shield" for services to the section: Maurice Ley, for his work on the committee and as past Chairman.
"Ron Ley Cup" for best effort on the Scrumpy Run.: John Brunyee. Still riding at 92 years old.
"Thelbridge Trophy" for best girder fork bike on the Autumn Run: Mick Glossop, with his lovely 1926 Royal Enfield.
"Reed Motor's Tankard" for best tele-fork bike on the Autumn Run: Steve Griffin, with his excellent BSA B31, (which always wins everything).
"Woodman Shield " for knowledge of the Highway Code: Tony Petherick
"Francis Cann Cup" for best effort attending runs: Merve Pearce, for the long distances he has to travel to the start of each run.
"Les Soper Tankard" for most points on a non-British bike: Iain Bryant.
"Jean's Trophy" for most points on a pre-war bike: Ray Rowcliffe
"VMCC Post War Cup" for most points on a post-war bike: Merve Pearce. 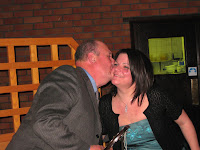 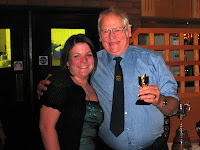 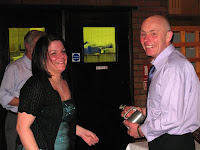 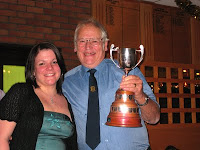 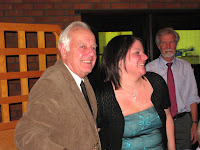 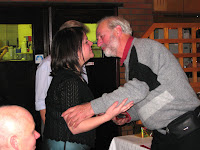 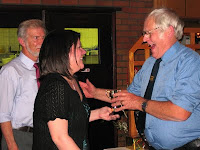 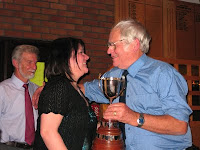