13 riders plus a pillion turned up at D & S supplies ( or what would have been D & S supplies if it were still there! ), for this our 2019 Dartmoor run, also at the start were Mike and Liz, Mike is currently getting on top of a serious illness which we wish him well on, in fact he was able to take quite a few good photos for which I am grateful. The weather was dry at the start though a bit on the cold side with heavy showers promised through the day. Ian was the organiser and run leader and as usual, he had worked out a cracking route of just under 80 miles.
After a briefing from Ian and John having agreed to accompany me as back marker, the run set off on time at1100. Ian led us into Winkleigh and then off on the Okehampton road to stage through Whiddon Down and off to Moretonhampstead, as it was, we were to see this town again before the day was out. Next we went on to Bovey then off to Haytor before arriving at Widdecombe in our first heavy rain shower, here, Ian allowed us to chose our own eating place and as it had just bucketed down with heavy rain, we made it into the adjoining café to drip water all over their floor.
After lunch, Ian led us on through some very iconic Dartmoor places such as Ponsworthy, Poundsgate, Dousland, Walkhampton, Princetown and Moretonhampstead again before ending up at the services at Whiddon Down. During our travels across the moor today, we encountered many grazing animals on the road and on the road edge, ( no road tax though! ), and visitors unsure where to go or where to stop.
Thanks to Ian for this run today and to John agreeing to do back marker duties with me, next run will be an evening ride to the Sportsmans Inn on the 17th for 7pm. 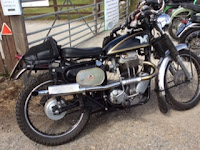 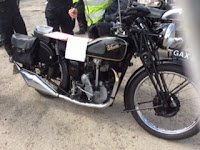 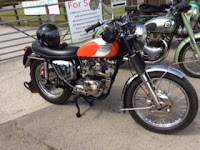 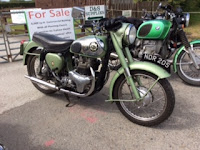 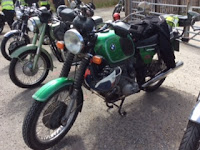 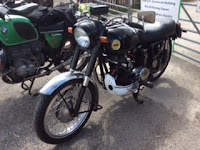 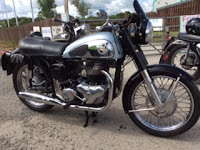 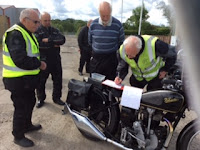 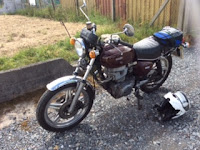 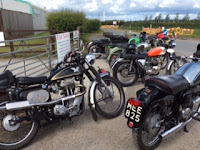 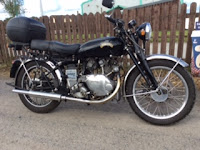 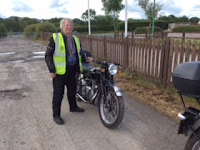 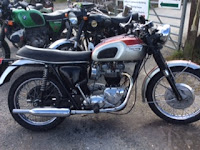 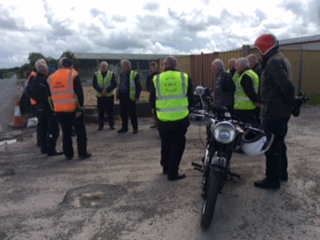